On July 1, 1961, in Norfolk, Diana Frances Spencer was born and would later become the wife of the heir to the British throne and one of the most recognized women in the world. Diana is forever in people’s hearts and memories thanks to her amazing charm, charisma, impeccable style, and her big, kind heart full of empathy. Celebrities also remember her with warmth.

We at Huzyworld wanted to look through old photos of Princess Diana that were shared by famous people. We also read about the memories they had with her. And at the end of the article, there’s a bonus — a biographer and personal assistant of the late Freddie Mercury dispels the popular myth that the legendary musician and Diana were friends and that once, Freddie dressed her as a guy and took her to a club. 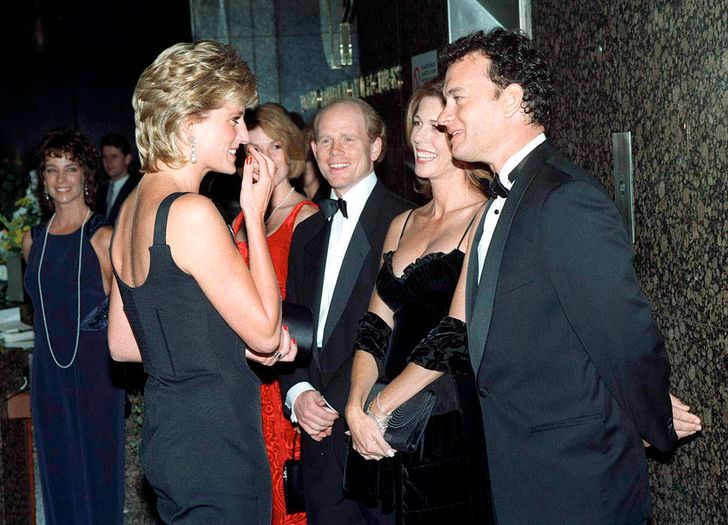 “Tom Hanks and I had the privilege to meet Princess Diana at the Apollo 13 screening in London. She could not have been more gracious, charming, funny, and kind. I was expecting our second son at the time and she kept asking me if I was comfortable and if I needed anything. She was a gregarious dinner partner, laughing and engaged.

I think she felt like a ’normal’ person. It was when she got up from the table it became so noticeable that she wasn’t ’normal.’ The entire restaurant went silent and watched her as she made her way through the tables to go to the ladies’ room. With all the scrutiny, she managed to teach us that it was safe to hold the hand of an HIV/AIDS patient, to treat the homeless with dignity, to be fearless in love of humanity. I often wonder what she would have done with her future had she lived. God bless her soul.”

“This photo was taken at Kensington Palace. Princess Diana had somehow gotten the number to my office and called herself to ask for me. My assistant was in shock! We finally connected and she asked if the next time I was in London I would come by for tea — I think Prince William was just starting to notice models and she thought it would be a cute surprise for him and Prince Harry.

I was nervous and didn’t know what to wear, but remember as soon as she came into the room and we started talking, it was like talking to a girlfriend. She was a class act and showed us all what a modern-day princess should be.”

British musician Elton John was friends with Princess Diana and released an autobiography titled, Me: Elton John Official Autobiography, in which he shared some of his memories of Diana. The musician wrote that their first meeting happened in 1981 on the twenty-first birthday of Prince Andrew in the Windsor Castle, shortly before the wedding of the Princess of Wales and Prince Charles.

According to Elton John, Diana could fit into any group and had the ability to make people feel totally comfortable around her. And when in 1987, in Middlesex Hospital in London, she was at the opening of the first unit dedicated to treating people with HIV and shook hands with a patient, she changed people’s perception of AIDS, according to the musician.

“I’m so honored that I was able to meet her as a little girl, a moment I’ll never forget.”

“I was lucky enough to count Princess Di as a friend. I was first introduced to her when she came backstage after a concert I did in London. Then we’d bump into each other at premieres or events where she’d be the guest of honor. We’d fall into the conversation then we’d meet for tea. We talked about everything under the sun. She loved music.”

“I met her maybe a dozen times and I always had a laugh with her and I really admired her. I thought she was so great not to be consumed by everything that had happened to her and to keep giving and giving. I thought she was a really great person. She was the only one who made me feel like an ordinary person.” 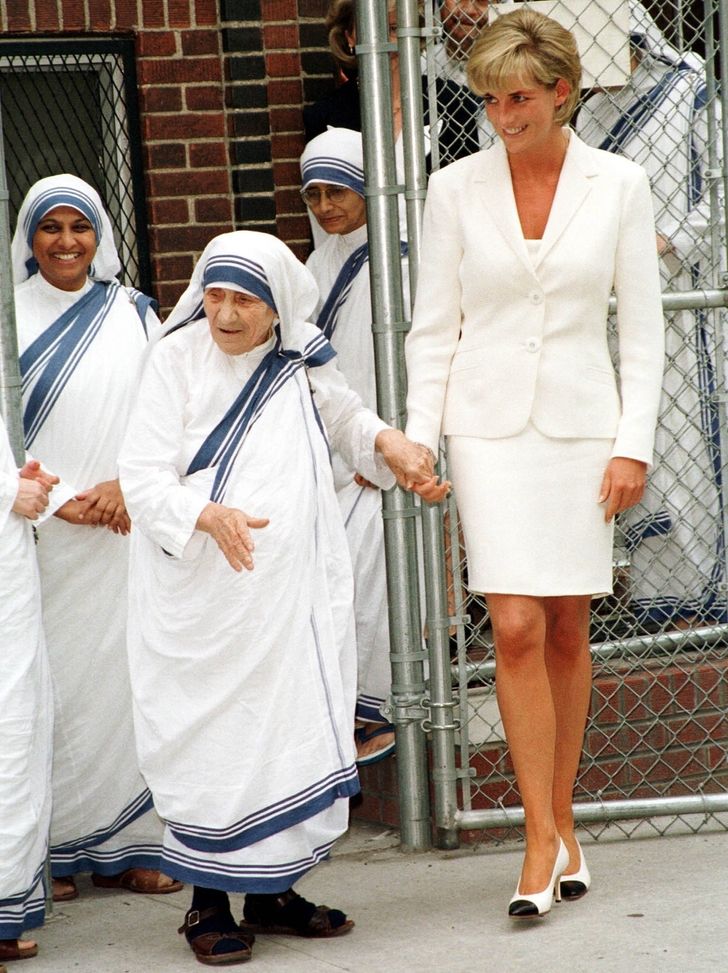 After Diana’s death, Mother Teresa wrote condolences that said, “She was very concerned for the poor. She was very anxious to do something for them, and it was beautiful. That is why she was close to me.” 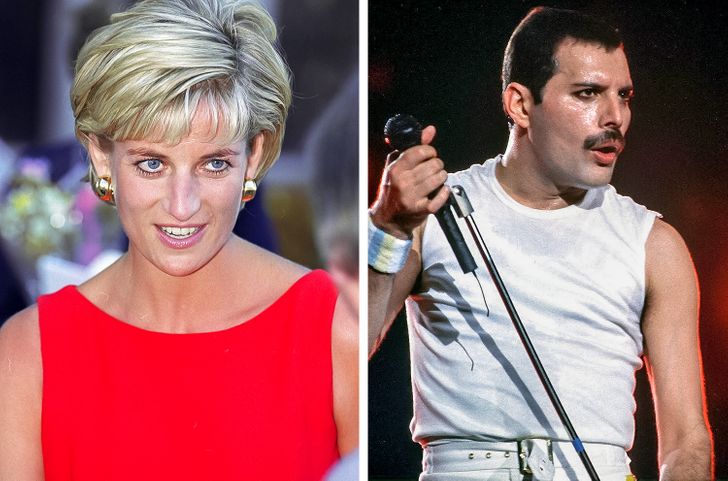 Newspapers often write that the Princess of Wales and Freddie Mercury had a very close friendship. This is because the actress, Cleo Rocos, wrote in her memoirs that Freddie Mercury once dressed Diana as a guy to take her to the Royal Vauxhall Tavern. So, Rocos said that herself, Kenny Everett, Freddie Mercury, and Diana had a lot of fun and nobody recognized the princess.

But this story turned out to be fiction. Personal assistant, biographer, and friend to Freddie Mercury, Peter Freestone, explained the real story in his blog. According to Freestone, the legendary musician had never even met Diana, let alone take her to a bar dressed as a man.

Which of Princess Diana’s actions and character traits amazed you most? Tell us in the comment section below!

30+ Rare Celebrity Photos That Are Filled With Warmth and Sweet...